Navigator Sunglass – When you hear this name for the first time, what actually comes to mind fashion or eye protection? Or both? Answers may vary from person to person, but interesting pick would be Navigator sunglasses offer fashion personified eye protection.

Humble Beginnings
It all began on a foggy morning in 1920, when Shorty Schroeder decided to set new records by flying his biplane to new heights. When Schroeder touched 33000 feet, his vision impaired and eye lids got stiffened. He was wearing goggles, which got  fogged and directly impaired his vision. Schroeder landed safely and was pulled out of cockpit by his friend John Macready.

John Macready decided to fulfill Schroeder’s dream, but he also met the same fate as the former.  Macready approached Bausch & Lomb and started working with them to develop eye lens, which protected eyes from harsh sunlight and saved pilots who flew high.

In 1930’sBausch & Lomb launched its premium scientific eyewear brand called “real scientific glare protection” and it was offered as sporting equipment to golfers. This eyewear encapsulated features of typical navigator goggles with delicate frames and teardrop shape. As, the years advanced, it became a very powerful military gear and was extensively used during WWII.

Fashion Accessory
General. Douglas. Mc Arthur was the first person to wear them in public and played a very instrumental role in popularizing them. It was later popularized by personalities such as Tom Cruise, Jennifer Aniston, Hunter S Thompson, Elvis Priesly and Gloria Steinem.

Navigator Sunglasses for Everyone
Ladies often complained about that “sweet little discrimination”, which snubbed them from wearing this “manly and handsome” Pilot sunglass. In 1970’s Bausch & Lomb introduced a ladies version sunglasses with pink frames, spangles and rhinestones.

1980’s saw arrival of sepia toned sunglasses on the scene from Tucker Viemeister (a famous American industrial designer) and it was branded as Serengeti. This trend clicked off easily and light hued navigator sunglasses became a fashion rage.

Today, you can match these sunglasses to outfit because they are offered in various colors such as pink, purple, blue, yellow, etc. 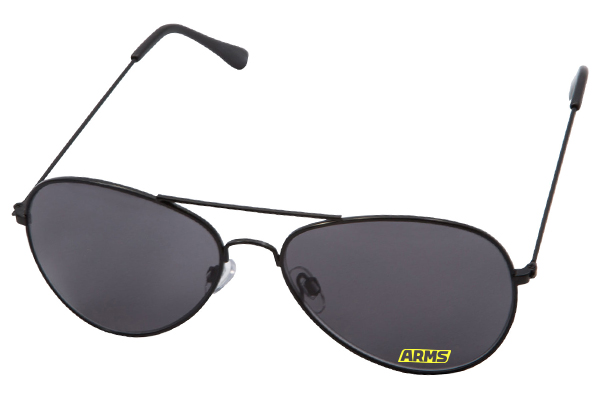 Pilot Sunglasses forayed into Hollywood frame through these movies –

Later this trend was emulated in slew of enforcement movies.

Navigator sunglasses are generally unisex and you can always exchange it with your loved ones!